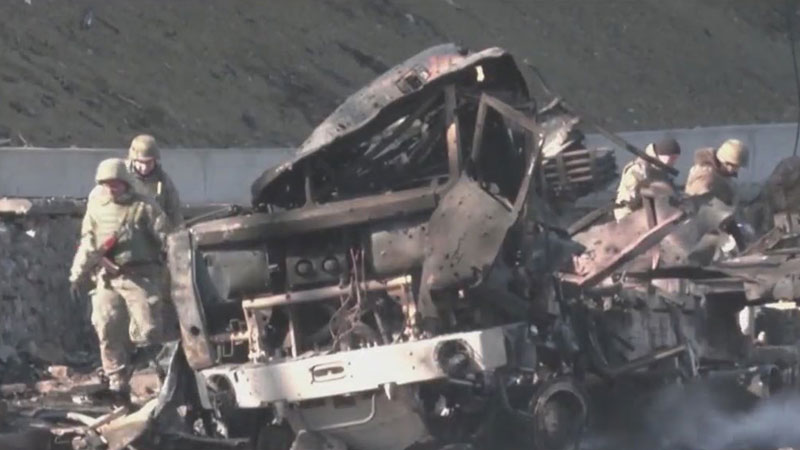 The budget session is largely about state monetary issues, but several bills in the Senate and House are Ukraine-related.

State Senator Jim Hendren (I) authored SR26 titled “Condemning the actions of the Russian Federation taken against the sovereign nation of Ukraine and calling for action by the United States.”

Co-signed by two Democratic senators, the resolution calls on the country to expel Russian oligarchs and freeze their assets.

“Most leaders support the Ukrainian people and their efforts to try to defend themselves and defend democracy,” Hendren said.

Ukrainian army: a soldier blew himself up on a bridge to stop the Russian advance

Hendren met a delegation of Ukrainians at the state capitol earlier this year, and he said he has been in contact with several of them since then.

“I had five here from Ukraine, and they were worried that they didn’t have a home to go to and that their families wouldn’t be safe,” Hendren said.

State Sen. Trent Garner (R) plans to introduce a bill like the one drafted by State Rep. Aaron Pilkington (R), sources said. HR1035 is titled “Condemning the actions of the Russian Federation taken against the sovereign nation of Ukraine and calling for action by the United States to penalize the Russian Federation and deter similar conduct by other nations.”

The bill goes further than SR26 in that it calls on the country to find alternative sources of oil overseas and domestically, as well as reopen the Keystone XL pipeline, which was shut down by President Biden due to documented environmental concerns. The bill also declares support for the people of Taiwan.

“It would show our congressional delegation that here at the state level we also want to show our support for Ukraine,” Leding said.

Hendren said voters should make sure they know what their respective lawmakers think of autocratic Russian leader Vladimir Putin, who sparked widespread consternation after the invasion despite some respect from some Americans.

“Voters need to know where their leaders stand,” Hendren said. “That is the purpose of this resolution.”