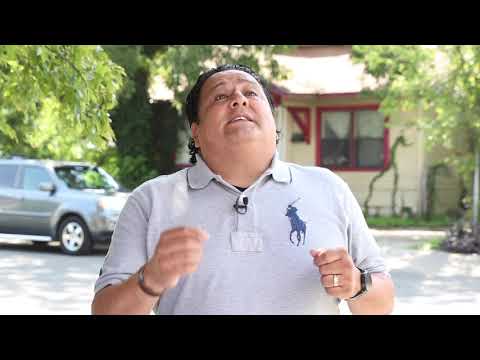 Calvert worked with the Texas Legislature to enable the creation of the Solid Waste Management Program in one of the county’s most criminal areas, which led to dramatic improvements in the neighborhood’s quality of life – a decrease in crime 54%; a 74% decrease in illegal landfills; and a 75% decrease in animal protection calls.

“This efficient work has not only helped improve the neighborhood, it has also saved county ratepayers significant dollars,” Commissioner Calvert said. “I believed we were creating a national model and now the National Counties Association has validated it.”

Camelot II had had problems with illegal dumping since the late 1990s. With no mandatory trash collection for the neighborhoods, Commissioner Calvert had to convince the Texas House of Representatives, Texas Senate, and Governor to agree to give him and the county new authority to deal with waste and illegal landfills. Once the legislation was passed, Commissioner Calvert extended the initial pilot program to the Glen, Crownwood and Candlewood subdivisions.

NACO is nationally recognizing Commissioner Calvert for his leadership in improving food security for thousands of Bexar County residents during the pandemic.

Commissioner Calvert led the way by securing $2 million in federal funding to ensure residents facing supply chain disruptions do not go hungry during the pandemic. His leadership led to 25,000 pounds. super greens and fruits being available to residents struggling to pay for groceries – putting Calvert in front of the economic reality of inflation, which is now the top concern according to polls of American voters.

The Greenies were also recognized at Texas A&M University in College Station for the state’s highest award for “superior service” to emerging issues from the Texas Agricultural Extension Service. The Greenies is under construction, and an additional $14 million in funding will allow the 10-acre lot to house nearly 25 Bexar County Agricultural Extension Service employees. The Urban Farm will also bring income to Bexar County through a 300-person event center being built along Menger Creek, an eyesore once known as “The Goonies.” Commissioner Calvert renamed the property “The Greenies”. The Greenies have worked with more than 200 nonprofit organizations and provide the San Antonio Food Bank with fresh produce grown and harvested in partnership with San Antonio’s Master Gardeners for residents across the county.

See the video of the opening ceremony: https://youtu.be/Qy_TxGT3-GA

See the video of the first harvest ceremony: https://youtu.be/120QT3s6BG4

The community answers the call for a coverage-raising campaign