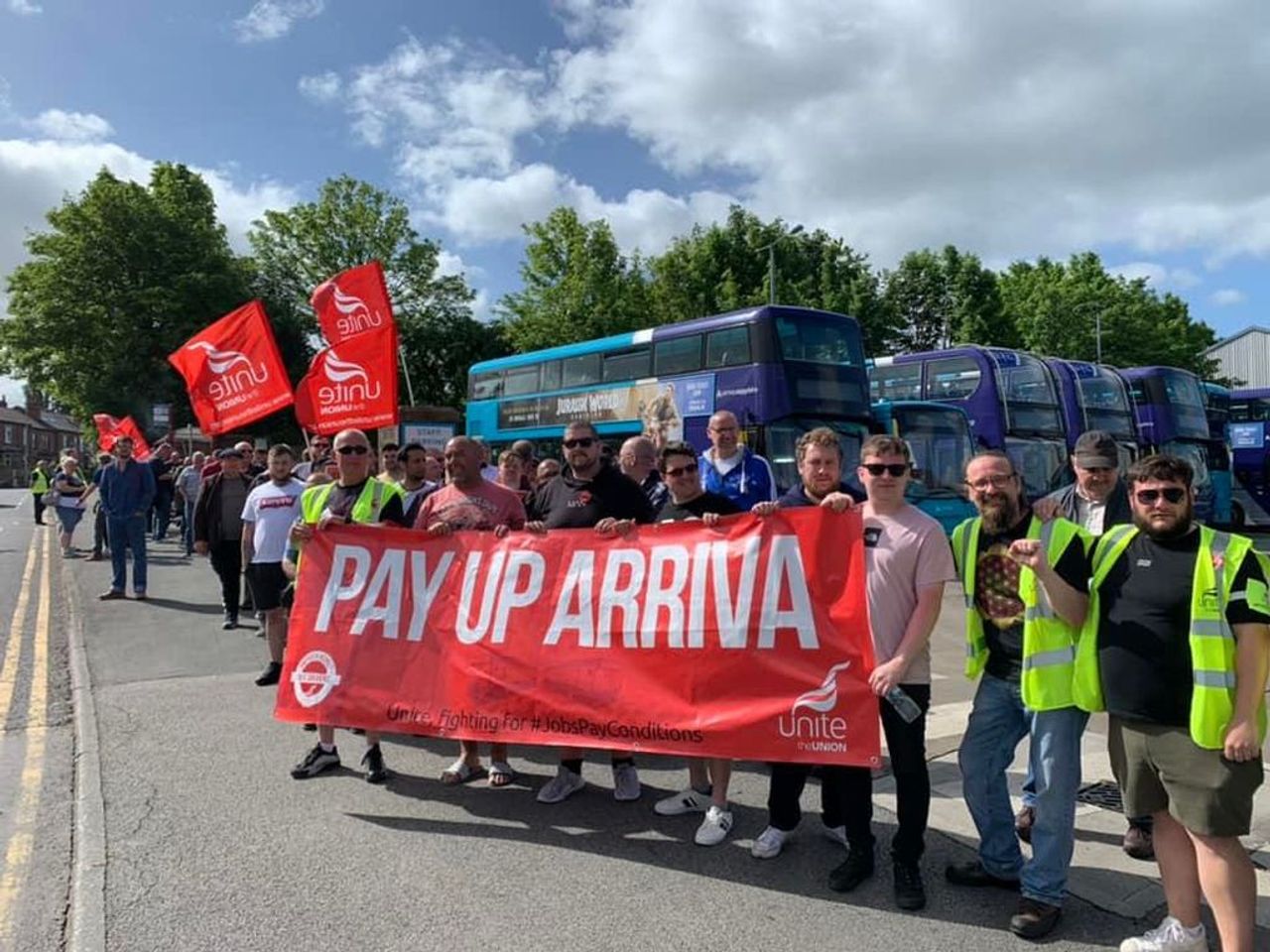 Defeat Unite’s sabotage of the fight against London bus pay: the grassroots must take control!

Unite pay talks ‘updates’ have revealed the union’s role in protecting company profits and shareholders, preventing a combined fight by bus and transport workers across London for a pay rise anti-inflation.

Despite RPI inflation reaching 11.8%, Unite officials and representatives at Stagecoach and London United presented insulting corporate offers of 8% and 7.8%. It’s a taste of the sales deals Unite hopes to impose on London. This must be rejected!

To To chase, Underground line and Arrival, Unite works with management to chain wage negotiations, divide drivers and protect company bottom lines. Unite maintains the division of drivers along company lines, with different wages and conditions, blocking a common fight.

To Arrival South LondonRepresentatives announced a toothless advisory ballot for Aug. 5, after the company announced a postponement of talks to Sept. 6.

To London United, the drivers voted 89.8% for the strike, showing the determination of the drivers to fight. Anger is mounting across London.

To General of London, owned by Go Ahead, Unite’s 15 July ‘pay negotiations update’ revealed the extent of the union’s enslavement. Unite explained that it had agreed to postpone the next round of talks until August 17, “due to the uncertainty of the takeover of the business, as well as ongoing negotiations with TfL [Transport for London].”

Unite representatives are so close to the company that they are shamelessly asking workers to delay their wage demands, amid the biggest cost-of-living cut in decades, to help the takeover Friendly Go Ahead by Asset Strippers!

Citigroup advised investors last month that the Go Ahead takeover was part of a “surge of private interests in the transportation sector…driven by valuable real estate assets in the form of deposits.” Go Ahead’s business has been valued at £648m, but its property deposit is worth £910m. Citigroup describes the current takeover price as “stealing.”

That won’t stop Go Ahead from claiming they “don’t have the money” and “can’t afford” a real raise for drivers. His “ongoing negotiations with TfL” (as cited by Unite) undoubtedly include plans to sell the prime garage property. It is part of £2billion in cuts dictated by the Johnson government and enforced by the Blairite Mayor of London, Sadiq Khan.

In March, Arriva London South (ALS) drivers in Brixton, Norwood, Thornton Heath and Croydon began a determined two-month fight for improved pay which was scuppered by Unite. The company’s late payment compensation for April 2021-March 2022, recommended by Unite, was 3.5% plus a lump sum of £250, well below inflation of 7% over the same period of 12 months.

The ALS dispute has seen growing opposition from drivers to Unite’s collusion with bus operators. The London Bus Rank-and-File Committee has advocated a London-wide strike to break the de facto pay freeze imposed by Unite. We advocated for the rejection of the Unite sale agreements and the election of rank and file committees to fight for an anti-inflationary pay rise and defeat the slash and burn cuts enforced by TfL.

Unite relied on a group of “union activists”, including Peter Skinner and Kevin Mustafa, to fend off grassroots opposition. Skinner defended Unite’s pay deal, saying the World Socialist Website was lying when he described the overall figure as “below inflation” and a sell-off. They slandered the WSWS, attacking the drivers for posting WSWS articles.

Unite representatives in Brixton and elsewhere have argued that 3.5 per cent should be accepted to focus on this year’s wage fight, with activist James Rossi announcing Sharon Graham’s ‘bus suit’ kicks off the fight for an increase of 15%. He described Graham as “a ray of light in total darkness”. Mustafa promoted “Sharon” as a clean broom sweeping away corruption and reclaiming the organization for members.

All of these claims have been shattered. Graham continued Unite’s pro-enterprise agenda. Despite all her demands for a “union renaissance”, she presided over hundreds of below-inflation pay deals, suppressed strikes and blocked united action on London’s buses, trains and Underground.

But across the entire London bus network, Unite is already backtracking on its 15% wage demands. At the same time, Khan and TfL are imposing historic cuts to London transport that have gone unchallenged. These cuts can only be defeated and a real wage increase achieved if workers stage a rank-and-file rebellion against Unite.

The Trades Union Congress and its affiliated unions are doing everything in their power to divide the action and prevent a general strike that could bring down the Johnson government. They don’t even call a general election, leaving 120,000 Conservative Party members to decide which Thatcherite will rule the country.

Starmer is trying to outplay the Tories, sacking MPs for attending picket lines, insisting Labor is the NATO party and saying there is ‘no money tree magic” and that the workers must accept the need to sacrifice themselves.

But when it comes to bus and rail companies, the magic money has been endless. Since 2008, the Bank of England has pumped £895 billion into financial markets via “quantitative easing” to boost profits and share prices. As a result, the UK has a record number of billionaires who have increased their wealth by £60billion in the past year alone.

The London Bus Rank-and-File Committee is urging bus drivers to vote ‘NO’ to any pay offer below 15% and to demand coordinated strike votes for London-wide industrial action. The efforts of the Rail, Maritime and Transport union and Unite to divide bus, rail and metro workers must be defeated. The garages should organize delegations to visit the pickets of railway and metro workers to show their solidarity and discuss a common fight.

Delegations are also expected to visit workers on indefinite strike at Arriva North West who are facing the same attacks on wages and conditions.

To wage this fight, independent grassroots committees are needed, led by trusted activists who will put the interests of workers before corporate profits. Current wage demands must be redesigned to reflect workers’ concerns, including an end to divisive pay scales: one job, one pay everything the operators.

Agency staff should be internally transferred with full benefits; mandatory sick pay must be available to all drivers from day one. Safety must be strictly enforced! Prohibition of all defective vehicles that endanger drivers and passengers. We urge all bus workers who agree with this struggle to Contact us today.