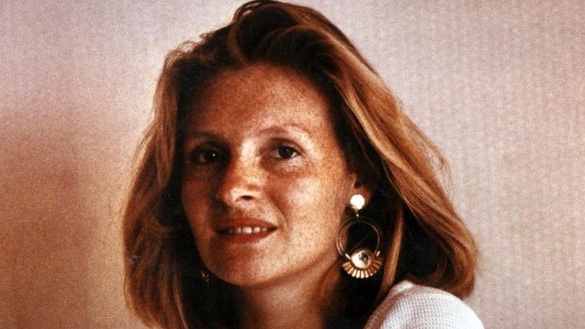 An Garda Síochána has appointed a team to carry out a preliminary assessment of the investigation into the 1996 murder of Sophie Toscan du Plantier in West Cork, with the aim of determining whether a full examination of the case is necessary.

The Irish Times has learned that four detectives from the Serious Crime Review Team have started reviewing the case, which is approximately 4,000 pages long and has been submitted to the Director of Public Prosecutions four times.

“Performing a scoping exercise would be the norm before starting a full review of a case,” a source said, adding that they would look at issues such as forensics and ask if technological advancements would be worth it. revisited.

“You would also review the statements. Maybe the circumstances of the witnesses have changed and someone who couldn’t speak 25 years ago might be able to speak now or maybe tell you more. This is not a new investigation but a review to assist the lead investigator.

Ms Toscan du Plantier’s son Pierre Louis Baudey-Vignaud raised the possibility of a full examination of the murder when he met Chief Superintendent Cadogan of the West Cork Division in Schull in October.

“I said to Chief Superintendent Cadogan ‘why not a review of unresolved cases because it is unresolved? “So it’s good to hear that the detectives are doing some preliminary work on this,” he said.

The body of the French producer (39) was found on December 23, 1996 at the entrance to her vacation home in Dreenane near Toormore. She had suffered serious head injuries.

The prime suspect, Ian Bailey, has also requested a review of the unresolved cases. He has written three times this year to Commissioner of the Guard Drew Harris about it. He said that in the most recent response received, he was told that a review was under consideration.

“To be honest, I don’t care if it’s a cold case review or an exam. If this is an honest and independent review, that’s what I really want, ”he said. He expressed his gratitude to Amanda Large from Drogheda who believes she is innocent and last month submitted a petition signed by 30,000 people to Mr Harris in support of Mr Bailey’s request for review.

The 64-year-old has been arrested twice but has never been charged in Ireland in connection with the murder of Ms Toscan du Plantier. He has repeatedly denied any involvement in the murder, but was found guilty in absentia of his murder in France in 2019 and sentenced to 25 years.

Meanwhile, Bantry’s gardaí investigated reports circulating on social media that Ms Toscan du Plantier was murdered by a now deceased retired garda, with whom she allegedly had an affair in the 1990s.

The story began to circulate a few years ago in posts from a man in his forties living in West Cork. Mr Bailey recently posted on social media seeking information on retired custody, which he named.

Mr Bailey said he believed Ms Toscan du Plantier had met the officer when he investigated a complaint she lodged with gardaí about a neighbor.

However, the Garda said Ms Toscan du Plantier had never lodged a complaint against anyone. Sources close to her said that although she had a problem with a neighbor in the Toormore area, she took advice on the spot and decided not to file a complaint with gardaí.

Rumors about the man, who retired from the police force in late 1994, continued to circulate, including that he confessed on his deathbed at a West Cork hospital in 2001 in a nurse, who has since died.

The rumor prompted a woman to contact the nurse’s family online, urging them to come to gardaí. Investigators established that the nurse was working at a Cork City hospital when the guard died in West Cork and asked the woman to refrain from contacting the nurse’s family.

A source said the rumors were “very distressing” for the family of the late Garda. “We found nothing to suggest that the officer in question was involved or ever had any dealings with Sophie.”