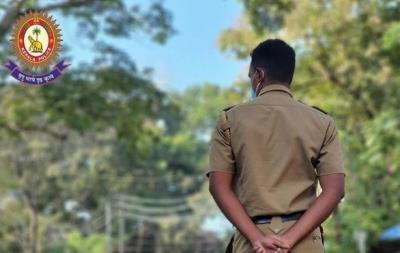 Thiruvananthapuram, May 30 (IANS) Kerala Police on Monday filed a case against the organizers of a rally from the women’s wing of the Vishwa Hindu Parishad – Durga Vahini – in the state capital after protests as visuals showed four members carrying swords.

The case was registered by the Aryancode Police Station on the outskirts of the capital as the incident took place under its jurisdiction.

The SDPI, the political wing of the Indian Popular Front, had approached the police against this and following the spread of the video of the rally on social media, the police filed a case under the Arms Act for attempting to disturb community peace and harmony.

Lately, various rallies and speeches have flown under the police radar and in an incident in Alappuzha earlier this month, police have already arrested more than a dozen PFI activists after a viral video showed a 10-year-old boy perched on a man’s shoulder, leading a slogan campaign attacking other communities.


Legal disclaimer: MENAFN provides the information “as is” without warranty of any kind. We assume no responsibility for the accuracy, content, images, videos, licensing, completeness, legality or reliability of any information in this article. If you have any complaints or copyright issues related to this article, please contact the provider above.