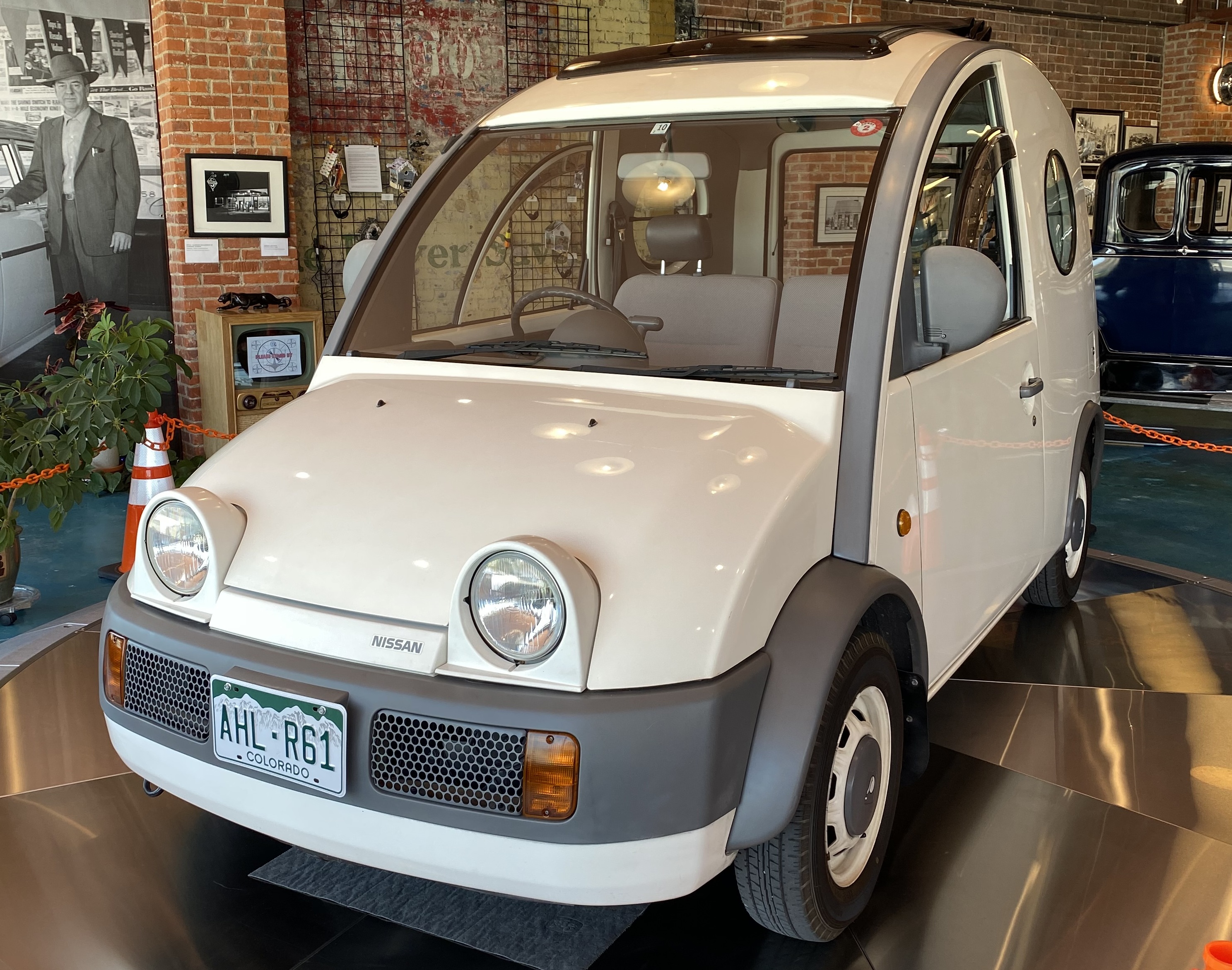 There was recently a strange vehicle parked in front of the Orphanage. The 1989 Nissan S-Cargo looks like a cross between a snail and a frog and is the latest addition to the Orphanage collection.

The S-Cargo is a small commercial van designed and manufactured at Pike Factory, (Nissan’s special project group), from 1989 to 1991. It was marketed only in Japan. Pike Factory produced three cars in addition to the S-Cargo: the Figaro (Sarah Jane Smith drove a green Figaro in the Doctor Who fourth series finale), the Be-1 and the Pao. These are known as Nissan’s “Pike cars” and they have been described as “the height of postmodernism” and “unabashedly retro…”

The exterior design of the S-Cargo was inspired by the Citroën 2CV Fourgonette delivery van with a hint of Austin Healey Bugeye Sprite. Interior styling borrowed Citroën’s unique spoked steering wheel, and every S-Cargo would have come with a removable sushi tray. The name means small cargo and sounds like snail, the French word for snail and the nickname for the Citroën 2CV.

The S-Cargo power plant is a 1.5 L, 4-cylinder, 75 hp, water-cooled gasoline engine linked to a 3-speed automatic transmission. Air conditioning is standard, as is an ineffective rear seat. The layout of this right hand drive vehicle is front engine, front wheel drive. The only options offered on the S-Cargo were a split-bench, two-sided gantry, and a power-operated canvas sunroof. The over 40 cubic feet of cargo space can carry up to 660 pounds of cargo. The empty weight of the vehicle is just over a ton.

The 1989 Nissan S-Cargo can be seen in and around The Orphanage, which is located in downtown Yuma at 300 South Main Street. For more information about the S-Cargo, please contact Richard Birnie at (970) 630-3360, or visit the orphanage’s website at orphanageyuma.com.