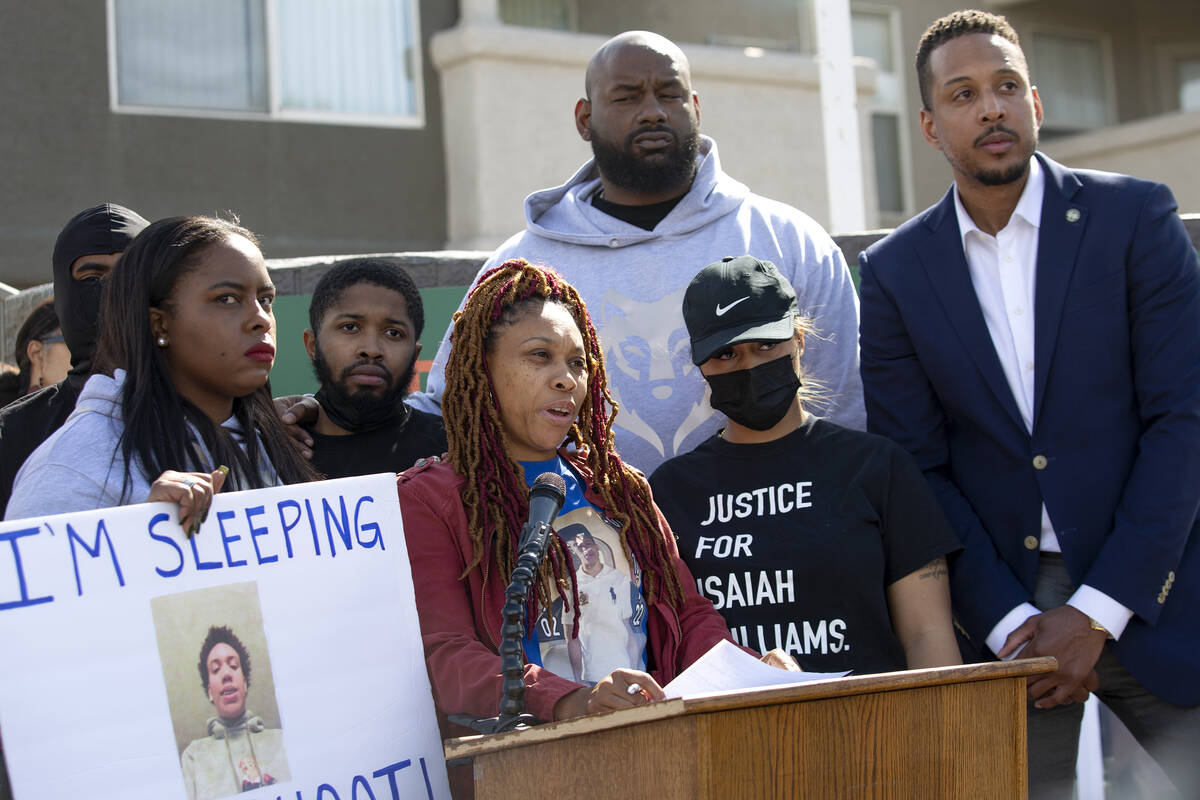 The family of a 19-year-old boy shot dead in January by Las Vegas police officers announced plans Friday to file a lawsuit against the Metropolitan Police Department.

Isaiah Williams was shot Jan. 10 by Subway officers Kerry Kubla, 50, Brice Clements, 36, Alex Gonzales, 39, and James Rothenburg, 39, and Sgt. Russell Backman, 46, as officers conducted a search warrant for a murder suspect, Metro said at the time. On Friday, attorney Justin Moore announced the family’s intention to file a civil lawsuit against the department.

Moore claimed the officers served a no-knock warrant, and after nearly two months of asking for unedited body camera footage and a copy of the warrant, Moore said Metro tried to charge the family its usual rate of $280 per hour of footage, and did not provide the warrant.

Footage of the shooting that aired on January 13 shows officers knocking repeatedly, posing as police before breaking down the door. Williams was sleeping on the couch when the officer entered and fired several shots.

“They broke into this apartment and killed a man who was not named on the warrant,” Moore said. “It’s a big mistake. It’s so painful because we lost a life that shouldn’t have been lost.

Williams fired 18 shots and the five officers fired a total of 23 times, but it is unclear how many bullets hit Williams, who died at the scene.

Kubla and Clements were injured in the shooting, police said at the time.

Williams’ mother, Latia Alexander, said she still hasn’t seen an autopsy, which usually takes up to 12 weeks to prepare. She called her son a loving and devoted older brother who cared for his four siblings while Alexander was at work.

“While the five officers are happily living their lives on paid administrative leave, I can’t sleep at night, missing many days of work due to horrific dreams of my innocent son shot dead by subway officers,” he said. she stated.

Police later said Williams was not the suspect and the real suspect surrendered peacefully.

Williams’ family has been joined by several local organizations, including Organize the State Out and More Than A Hashtag. Desiree Smith, founder of More Than A Hashtag, listed the things Williams would miss in life being killed so young, such as having a career or getting married.

Behind the Family, Executive Director of the ACLU of Nevada Athar Haseebullah quietly nodded along with the speakers’ statements. In an interview after the press conference, Haseebullah said the ACLU is also demanding the documents that result in Williams’ death.

“The ACLU Nevada supports the family of Isaiah Williams and his attorney,” he said. “We also demand that LVMPD hand over the warrant that led to Isaiah’s death.”

Moore said they are still investigating the matter and do not have an estimated date for filing the complaint.